Skip to content
Home » Guides » Can You Freeze Half and Half to Keep Creamer Quality? Coffee creamers always have a constant spot in your refrigerator because you never know when you’ll need them. As a result, queries like “can you freeze half and half?” become quite important.

Because the product is a creamer, it may appear that it cannot be frozen at all; however, this is not the case, and it can, when done the right way.

In dishes like cheesy asparagus gratin, kale, and goat cheese frittata, half and half is a simple method to improve the rich, velvety mouthfeel.

As a result, you need to preserve this creamer. This article discusses how to freeze half and half, as well as the information you need to defrost it and more.

What Are Half and Half?

Half and Half is a delicious coffee creamer popular in soups and sauces. It’s a dependable dairy product made up of equal parts thick cream and milk.

The ultimate product will always be a 1:1 blend of regular milk and ultra-rich heavy cream, whether you use 12 cups or 4 cups of half-and-half. Half and Half adds a silky smoothness to creamy mashed potatoes, quiches, and caramel sauce.

As a result, it’s a fantastic substitute for heavy cream. Half and Half, on the other hand, is not the ideal choice if you’re aiming to boost your fat consumption – such as on the keto diet – due to its calorie and fatty content.

SEE: Can You Freeze Coconut Milk Over and Over Again?

Can You Freeze Half and Half?

Yes, you can freeze half and half. When frozen, however, the fat and liquid in half and half separate, resulting in a slightly gritty texture.

Therefore, once your half and half have frozen, you should give it a good shake or whisk.

Can You Freeze Half and Half Cream?

Thankfully, you can. If you freeze your creamer, it will last for three months. Although you’ll need to move the contents into a Ziploc bag or a freezer-safe sealed container, this will help it freeze more safely than it would in the carton it came in.

Can You Freeze Half and Half in a Carton?

No, freezing half & half in a carton is not a good idea, especially if the carton is already open. The milk is packaged in a cardboard container that would easily break apart if frozen for an extended period.

As a result, it’s better to freeze your half and half in an airtight container or a freezer-safe Ziploc bag that can be shut hermetically rather than in the carton.

SEE: Can You Freeze Milk in the Carton to Keep It Fresh for Long?

Can You Freeze Corn Chowder Made With Half and Half?

Yes, however, there may be some freezing abnormalities, such as variations in the consistency of corn chowder, especially if it was cooked with milk, cream, or half and half. Dairy turns gritty when it freezes.

Why Should You Freeze Half and Half?

If you don’t plan on using half and half right away, freeze it. This is because the food is not exposed to air until it is opened, the half and half will not split once thawed.

Why Shouldn’t You Freeze Half and Half?

Because half and half have a thinner viscosity, it is more likely to shatter or split when cooled down, giving the defrosted milk a frothed look.

How to Freeze Half and Half

You may freeze your creamer in a variety of ways, depending on the previous stage. To freeze creamer, follow these steps:

1. Half and half that hasn’t been opened

2. Half and half left over

3. Half and half in small servings

How to Thaw Frozen Half and Half

Here’s how you defrost your creamer. However, be aware that the milk will split since this is a frequent occurrence with dairy products.

How Long Can You Freeze Half and Half?

If you properly preserve your creamer, it will last for a long time. Half and half can last up to three months in the freezer if properly stored.

Pros and Cons of Freezing Half and Half

It’s a good idea to freeze your half and half, but you should be aware of what comes with it when you do.

Does half and half freeze well?

Yes, it does. You can store half and half in the freezer for up to three months. For greater insulation, remove the creamer from the carton you got it in is to put it in a Ziploc bag or a freezer-safe airtight container.

Does freezing half and half ruin it?

No, it doesn’t ruin it. A fat-free or low-fat half and half, on the other hand, does not freeze well. Once your half and half have frozen, the substances used to replace the cream and fat in the milk will utterly spoil the texture, and no amount of shaking or whisking can make it acceptable again.

Why does half and half curdle when frozen?

Due to the inclusion of milk, fat, and other dairy substances that do not freeze correctly, it curdles.

As a result, it’s crucial to understand that the product’s consistency will change after defrosting since the milk fat splits when it freezes, causing it to seem curdled and gritty.

What is the best way to freeze half and half?

The easiest approach to freezing half and half is to portion it up into single serving sizes for optimum results. Place each part in a freezer-safe plastic bag that can be resealed.

Allow the solvent to fill the bags without air bubbles by laying them flat on a baking pan.

Can you freeze half and half in ice cube trays?

Yes, you certainly can. If you’ve used creamer in a dish and want to save it, this is one of the finest techniques.

Ice cube trays are meant to be loaded with water and then frozen until the water turns to ice, resulting in ice cubes.

Because ice trays are often flexible, the frozen cubes may simply be removed by stretching the tray. Consequently, you can pour creamer into ice cube trays just like you would water.

Your creamer may be frozen for up to three months. However, it will only last 3-4 days once thawed.

Half and Half is the good compromise of milk and whipped cream that is stowed away in hotel and diner refrigerators across the country.

They have grown in importance to the point where they are needed and used urgently in cooperative situations and at home, causing their preservation by chilling.

As a result, even though half and half may be frozen, the creamer comes out with its contents separated when thawed.

Still, this is the finest way to extend the life of discolored creamers while also saving money. 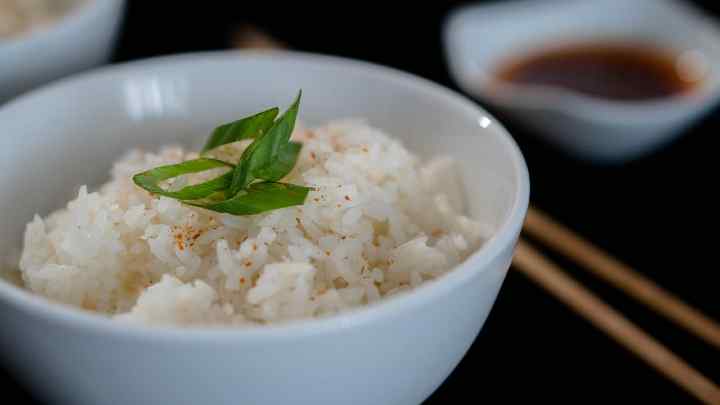